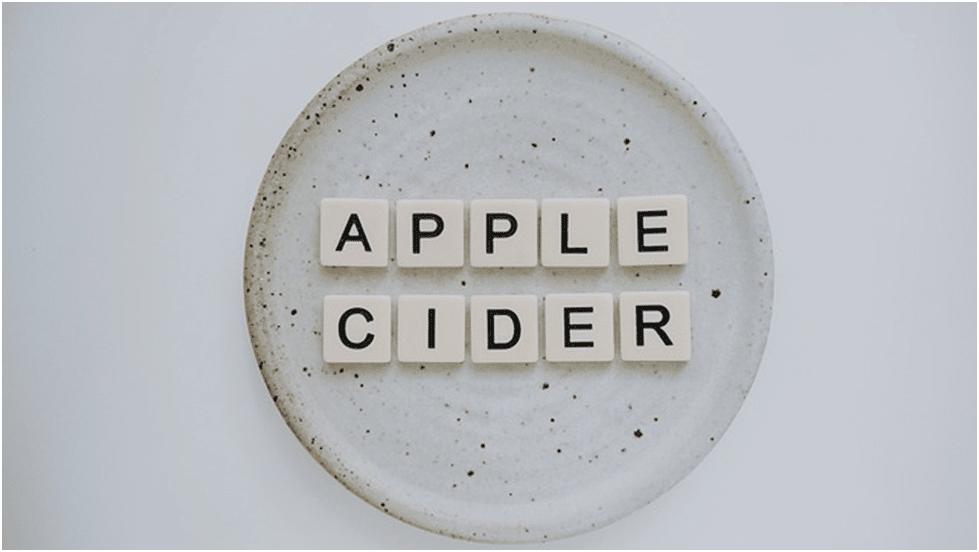 Natural remedies have always been a favorite regarding health and wellness. Apple cider vinegar is one such miraculous remedy. Not only is it a cooking staple, but it also provides numerous health benefits.

Apple cider vinegar controls your blood sugar level, maintains cardiac health, and relieves arthritis. It has antimicrobial properties; thus, it works wonders in bacterial and fungal skin infections. However, the most talked-about benefit of ACV is its ability to help you lose weight.

First, let’s look at what apple cider vinegar is and how it is prepared.

What Is Apple Cider Vinegar?

The juice extracted from the fermentation of apples with yeast is called apple cider vinegar. Yeast, when mixed with apples, converts sugar into alcohol. Later, the bacteria ferment this alcohol into acetic acid. Cetin acid is the prime ingredient of apple cider vinegar, which imparts several incredible benefits.

Diluted/ filtered – It is the clear-looking vinegar commonly used in cooking.

Unfiltered/ mother – Due to probiotics, enzymes, vitamins, minerals, and proteins, the vinegar has a cloudy or hazy appearance. It is considered more beneficial for health by viewing its nutrition profile. Most apple cider vinegar remedies usually use mother vinegar instead of filtered one.

Here are a few ways apple cider vinegar can be the tool you need in your weight loss kit.

Apple cider vinegar increases satiation, i.e., the feeling of fullness. It prevents cravings for junk food, reducing your food intake. According to a study, taking ACV with a high-carb diet resulted in consuming 200-300 fewer calories later in the day.

It also increases your gastric emptying time by slowing down the rate at which food leaves your stomach. In this way, apple cider vinegar promotes fullness, helps you not to indulge in mindless eating, reduces calorie intake, and aids in weight loss.

Besides obesity, regulation of cholesterol levels has a profound effect on blood pressure and cardiac health.

According to an animal study, acetic acid in ACV suppresses the parts of your brain that control appetite. It leads to reduced food intake and hence, promotes weight loss. However, this is mainly an animal study and requires further research on humans.

Apple cider vinegar increases the enzymes responsible for your metabolism. The boost in metabolism may increase fat burning and reduce fat production in the liver.

ACV decreases the level of insulin in your blood. When insulin is low, your body cuts down additional fat for energy requirements. This way, apple cider vinegar helps you shed that extra fat and promotes a healthy body.

The prime method by which ACV aids in weight loss is by reducing the fat build-up in the liver and belly. In a study, mice were given apple cider vinegar with a high-fat diet. ACV increased the expression of genes responsible for burning belly fat. However, more human studies are required to know the exact effect.

How To Take Apple Cider Vinegar For Weight Loss?

There are several ways you can use ACV to speed up your weight loss journey. You can drink it, take ACV gummies, or include it in your dishes. However, remember to take it one step at a time. Do not rush it or drink large amounts in one go. Since apple cider vinegar is highly acidic, it will do more harm than good to your body.

The easiest way is to have an apple cider vinegar drink daily. Drinking it in the morning or before meals enhances the effect on weight loss.

Dilute apple cider vinegar (one tablespoon) in a glass of water. Add a little amount of honey if you want.

You can add ACV to your daily smoothies or fruit drink. Combined with the additional benefits of fruit, it will provide a long-lasting effect.

Add apple cider vinegar to other dishes, such as soups, salads, or marinades. This way, you can mask its taste and get the usual benefits.

Mix one and a half tablespoons of ACV, a tablespoon of lime juice, and half a spoon of maple syrup in 2 cups water. Shake it well, and your weight loss detox drink is ready! It removes harmful toxins in your body and promotes health and wellness.

Though it is still under-researched, apple cider vinegar has shown potential benefits for human health. It plays a vital role in losing extra pounds and making your body smarter and healthier. With exercise, a balanced diet, and good health choices, ACV is the key to your weight loss journey.