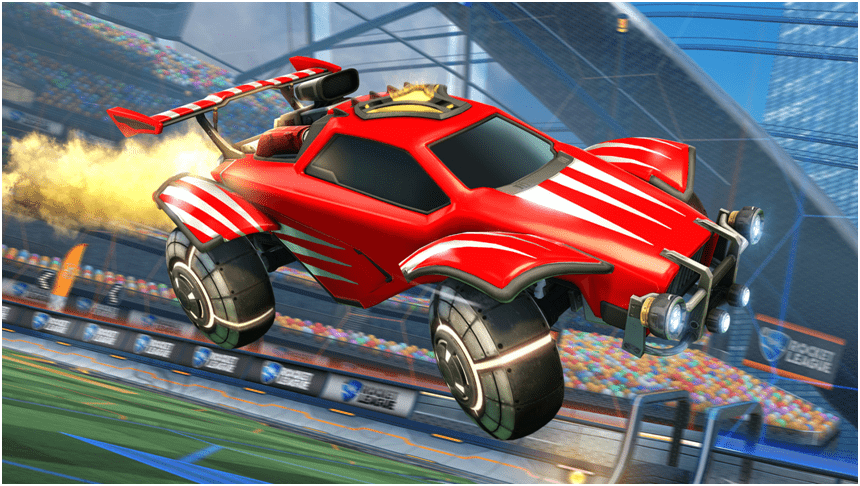 Drive – touch the ball – goal! It’s not that simple after all. If you are new to the popular vehicular soccer video game, open your notebooks, because the learning curve is extreme! In this guide, we will go over top 10 best tips you should learn to start your game in Rocket League!

We are facing the fourth season since Rocket League became free to play, and this time it brings us some interesting changes in aesthetic Rocket League items, among which a new vehicle, customization aspects and interesting addition to scoring a goal stand out. If you want to get these new items for free, join the Rocket League Giveaways here. If you are starting the game, the below tips will help you in gameplay.

Typical beginner mistake: Everyone rushes after the ball like F-youth players. Most of the time you stand in your way; Unplanned actions do not pose a risk of goals. Stay in the background and make targeted advances as your team fights for the ball.

This also applies to the start: Do not hunt for the ball, and better to stay in goal and defend any shots on goal, if you are in the rearmost position. The best thing to do is to collect the boost in your field.

If you are in one of the outer positions, i.e. close to the ball, the following applies: Boost towards the ball, take your foot off the gas shortly beforehand and do a leap forward by pressing the jump button twice (the so-called front flip). With a bit of luck you might catch the ball and get it into the opponent’s half.

If you lost the ball on the offensive, you quickly return to your own goal: the square button is often forgotten. With the you can do a quick drift. Make sure to always drive over the boost fields when moving backward.

When you are not near the ball, collect Boost. Preferably on the outside lanes. There is a 100 percent boost as soon as you drive over the fields with the floating balls.

Stay away from walls

Not a professional yet? Then stay away from the walls. This is where you get caught up quickly and are no help to your team.

No boost? No problem: with a front flip you can be on the move quickly even without turbo. If you shoot a ball, you should also do this with a front flip if possible. The extra portion of shooting speed makes the opponents look old.

Lurking in the net

If you are in defense, stand in the gate. From here you react better to approaching shots on goal. Use the goalkeeper training on the higher difficulty levels to prepare.

The best way to practice flying is in the “free game”: Jump once without a boost. It is important that you do not do a front flip under any circumstances. When you’re in the air, go ahead and boost. With this technique, you can reach even the most difficult balls that you cannot front flip. However, you need a certain distance from the ball.

Out of the way!

Tactical pushers are perfect for preventing the opposing team from shots on goal. Boost in enemies, destroy them.

With these tips and a little training you will be well prepared for your next game in Rocket League. And if you want to build up an outstanding battle car in the game, get inspired by the amazing Rocket League car designs here.